On this www site, you can find Proceedings of the 8th European Symposium on Martensitic Transformations (ESOMAT 2009) held in Prague, Czech Republic, September 7-11, 2009. The proceedings were published as online edition by EDP Sciences. They contain 150 research papers presented at the Esomat 2009 conference and 10 articles from the ESF EUROCORES S3T special SMA modelling session of the conference.

Esomat conferences are main European scientific events in the field of martensitic transformations in solids and more particularly in shape memory materials and steels. They have been held on a three-year cycle since 1989. Previous conferences were hosted in Bochum in Germany, Aussois in France, Barcelona in Spain, Enschede in The Netherlands, Como in Italy, Cirencester in England and Bochum in Germany again. There have been remarkable developments in the field of martensitic transformations during the last two decades, the most significant one is probably the drift from basic material research and physics towards multidisplinary field of modern functional materials involving also mathematics, mechanics, design and development of engineering applications. Interdisciplinary interactions among specialists with various professional backgrounds currently dominate the martensitic transformation research community.

ESOMAT 2009 conference was held in Prague, Czech Republic on September 7-11, 2009. The conference was comparable in size to the previous very successful ESOMAT 2006 conference in Bochum, Germany. There were 290 research works presented in Prague in a form of keynote lectures, invited lectures, oral and poster presentation, Roundrobin SMA modeling talks. In total, there were 282 participants from 31 countries attending the conference. According to conference statistics, the number of attendees from individual countries was Argentina 3, Australia 2, Austria 5, Belgium 7, Canada 2, China 5, Czech Republic 28, Finland 5, France 32, Germany 59, Hungary 3, India 1, Iran 1, Izrael 2, Italy 10, Japan 15, Korea 8, Mexico 1, Netherlands 2, Poland 7, Portugal 6, Romania 2, Russian Federation 28, Slovana 1, Slovenia 1, Spain 22, Switzerland 1, Turkey 2, Ukraine 3, United Kingdom 6, United States 12. The conference was organized by the Institute of Physics of the ASCR jointly with the Institute of Physics of Materials of the ASCR, the Institute of Thermomechanics of the ASCR, the Brno University of Technology and the Czech Technical University. The conference was held in two separate locations in the centre of Prague. All 9 keynote lecturers gave excellent talks on Monday September 7 in the Bethlehem Chapel in Stare Mesto. The organizers would like to express special thanks to them for providing wonderful scientific start of the conference and for matching with the unusual atmosphere of the Bethlehem Chapel. The regular program continued in two parallel sessions and two poster sessions from Tuesday September 8 till Friday September 11 in the Malostransky Palace on Mala Strana. Most of the participants stayed in small hotels near the venue and the late summer weather was beautiful. There was enough time to enjoy the rich scientific conference program, have fruitful scientific discussions with colleagues as well as to spend an extra time walking in narrow streets of the old center of Prague. The social program included the Welcome party on Sunday, September 6, a classic music concert organized jointly by ESOMAT 2009 organizers and the Senate of the Parliament of the Czech Republic on Wednesday, September 9 in the Wallenstein garden and the conference banquet in hotel Praha on Thursday evening, September 10.

The special SMA modelling session was organized as a special networking event during the ESOMAT 2009. A ESF S3T EUROCORES sponsored initiative called Roundrobin SMA modeling was finally evaluated on this session. Roundrobin SMA modeling is a collaboration activity of European research teams aimed at mutual assessment of various models of thermomechanical behaviors of shape memory alloys, particularly to the comparison of their mathematical structure, performance and capability to capture stress-strain-temperature SMA responses. We would like to thank the ESF for sponsoring this event.

The Esomat International Advisory Committee on its meeting on September 8, 2009 has evaluated and approved the proposal for the next ESOMAT 2012 conference to be organized by the Russian teams from the Moscow Institute of Steel and Alloys (Prof. S.D. Prokoshkin) and the Saint-Petersburg State University (Prof A.E. Volkov, Dr. N. Resnina) on September 2-7, 2012 in Sankt Peterburg, Russia. Prof. S.D. Prokoshkin as a chairman of the ESOMAT 2012 was elected as a new member and chairman of the Esomat IAC.

Antonín Dlouhý
Co-Chairman of the ESOMAT ’09

These are Open Access proceedings distributed under the terms of the Creative Commons Attribution License (http://creativecommons.org/licenses/by-nc/3.0), which permits unrestricted use, distribution, and reproduction in any noncommercial medium, provided the original work is properly cited.

The way to cite a paper published in the ESOMAT 2009 proceedings is the following:

author(s), title, in ESOMAT 2009 - The 8th European Symposium on Martensitic Transformations, [number of the article], 2009, edited by P. Šittner, L. Heller and V. Paidar, published by EDP Sciences (www.esomat.org), [DOI of the article] 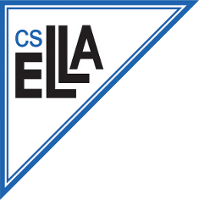